After extensive indoor testing for the past couple of months, our team decided to take the S1 for outdoor flight testing. The aircraft was tested at an industrial facility in Moerdijk, to see how it reacts to wind gusts and other unpredictable weather conditions. Braving the Dutch winter, our team set up an outdoor test facility whilst ensuring maximum safety for our crew and the aircraft. This resulted in an extremely successful test campaign and now gives us the confidence to carry out the final phase of testing in the United States. 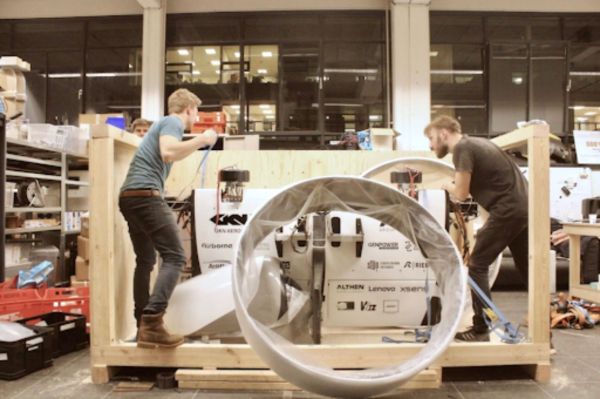 Shipping to the United States

What does it take to put an aircraft in an aircraft and fly it halfway around the world? A team of dedicated engineers and some great packing skills. To meet the tight deadlines of the Fly Off and carry out flight tests in the United States, our team decided to transport the S1 by air. With some help from our partners, the team designed and built a flight case, as well as planned the entire operations, in under two weeks. Our aircraft and all the support equipment is currently airborne set to arrive in San Francisco today.

We’re now one week in for testing and we’ve already hit a few major milestones. Thefirst few days in The Golden State were spent assembling the S1 vehicle and groundstation. After validating that everything is working normally and consistently we arecontinuing to push the limits of what the S1 is capable of.

Phase I: How it All Started

The story of Silverwing started in late 2017. James Murdza and Victor Sonneveld, two friends studying at the Delft University of Technology read about the GoFly competition organized by Boeing. This competition urged innovators around to the world to develop the best vertical take-off and landing (VTOL) personal aircraft. As if this was not difficult enough, they required the aircraft to have the size of a small car, be as quiet as a train and have 30 minutes endurance. Fortunately, James and Victor were not afraid of a challenge and found five friends crazy enough to join them. James and Victor, now joined by Olivier, Quint, Ralph, Rutger and Thom set upon the task of making a preliminary design of the Silverwing S1.

Moving from flex room to flex room, working until the university closed every night, they designed a drone capable of taking of vertically and transitioning into an aircraft during normal flight. They also added a requirement to the extensive list of requirements provided by Boeing: the aircraft would have to be electric. Having experience with other technical projects they knew that an electric drivetrain is the most reliable, most controllable and most importantly, most sustainable decision to make.
‍
In June 2018, the Silverwing S1 was selected among the best 10 designs globally, winning a cash prize of $20,000 in the first round of the competition. This was an enormous confirmation of the team’s ability to be a real competitor in the world of personal drones. Delft University of Technology agreed and turned Silverwing into a Dream Team, alongside teams like the Vattenfall Solar Team and Delft Hyperloop. It also provided the team with a small workshop and an office, which came in handy as the team grew to 12 full-timers and 20 part-timers.

Throughout the summer and fall of 2018, the real work started. The team was divided into four technical departments; control, structures, aerodynamics and electronics. Each with the aim of perfecting the design of a subsystem and validating it through testing. This included multiple wind tunnel tests, various scale model drones, carbon test pieces and battery discharge tests. To read more about the specific work of the departments and their tests, read these stories: 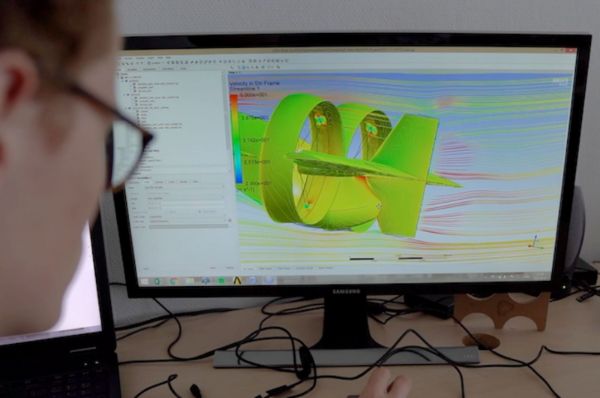 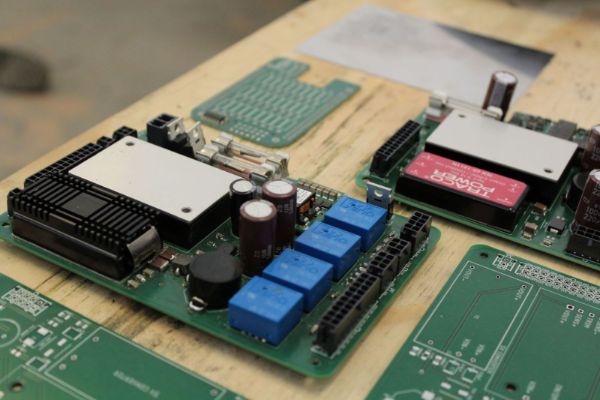 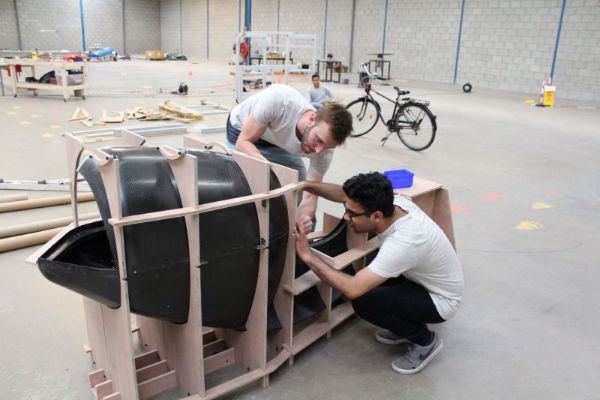 The technical activities were supported by the operations department. This department worked tirelessly  on finding partners for the project, generating media attention and managing public relations.

The detailed design, combined with the test results, was submitted to GoFly early February 2019. A few weeks later the team received the news that they had made it to the top 5 globally and had won $50,000. Silverwing was also the only student team still participating, and the only European team. Long before the announcement however, just after the submission, the team had already started producing the full scale S1.

Producing the S1 was a massive project on itself. The aircraft consists out of more than 1500 unique parts, many of which were manufactured out of aluminum or carbon by the team members in the university facilities. Software had to be built from the ground up to control an aircraft stabilized solely on propeller wake-flap interaction, something never done before at this scale. On top of that, a custom battery pack, containing 1280 cells, had to be assembled by hand. Some things worked straightaway, most things did not. Many days were spent in a deserted warehouse to get the battery – motor – propeller combination working satisfactory. Even moredays were spent sanding parts that did not have the exact required fit. Most days were spent finding solutions to systems, both hardware and software, notbeing exactly compatible. You learn the hard way when you are working onsomething that has never been done before.

Finally, late in the summer of 2019 the aircraft was assembled and ready to be tested. An enormous warehouse, normally used for coating oil platform components, would now be used to get the S1 off the ground. Testing an experimental aircraft comes with many ups, but mostly downs. Working from strap-down propeller tests to the first outdoor-flights,the team struggled through countless connection losses, burned electronics and snapped carbon. Sometimes working 24-hour shifts at freezing temperatures only to be concluded by a hard landing and subsequently two days of repairs. But the ups are what makes all the painstaking effort worth it. The first time the team saw their 200kg, electric drone take off vertically they realized what an extraordinary project Silverwing is, and there was not a team member with regrets left.

After a send-off event with partners and friends, the team headed to the United States in February 2020 for the final ‘fly-off’ in Silicon Valley, California. A busy month would follow, the aircraft had to be tested in a hangar to show the US flight authorities (FAA) that it was safe to fly outside. This testing was done amidst multi-million business jets at Hayward Executive Airport. FAA clearance was achieved on February19, after which the team moved to Byron Airport, where outdoor testing was scheduled. With just over a week left, the team had to show ten take-offs and landings without any safety tethers. This posed an enormous challenge, especially considering the high wind speeds at Byron Airport. Making long working hours, the team performed its first untethered outdoor flight on February 26.

Unfortunately, ten untethered flights proved impossible to do without creating dangerous situations, and Silverwing decided to move on to the competition as a showcase model. At the fly-off, on February 28, the Silverwing team displayed its prototype to the world, without flying, but with drawing attention from many renowned aircraft companies. The day after Silverwing organized its own finale, flying inside the Patriots Jet Team in front of a gathered crowd of friends, project partners and who ever interested in the future of flight.

Throughout these two years, Silverwing has shown the world that personal flight is not as far from reality as one might think. It has also shown that the future of aviation can be electric. A lot of hurdles are still to be taken, but if a group of students can build a man-sized VTOL drone, then the world can take these hurdles.

We are a team of 35 students with a single goal: to design and develop an electric personal flying device. Winners of Phase I and II of the Boeing GoFly competition, our team combines experience from every engineering discipline.